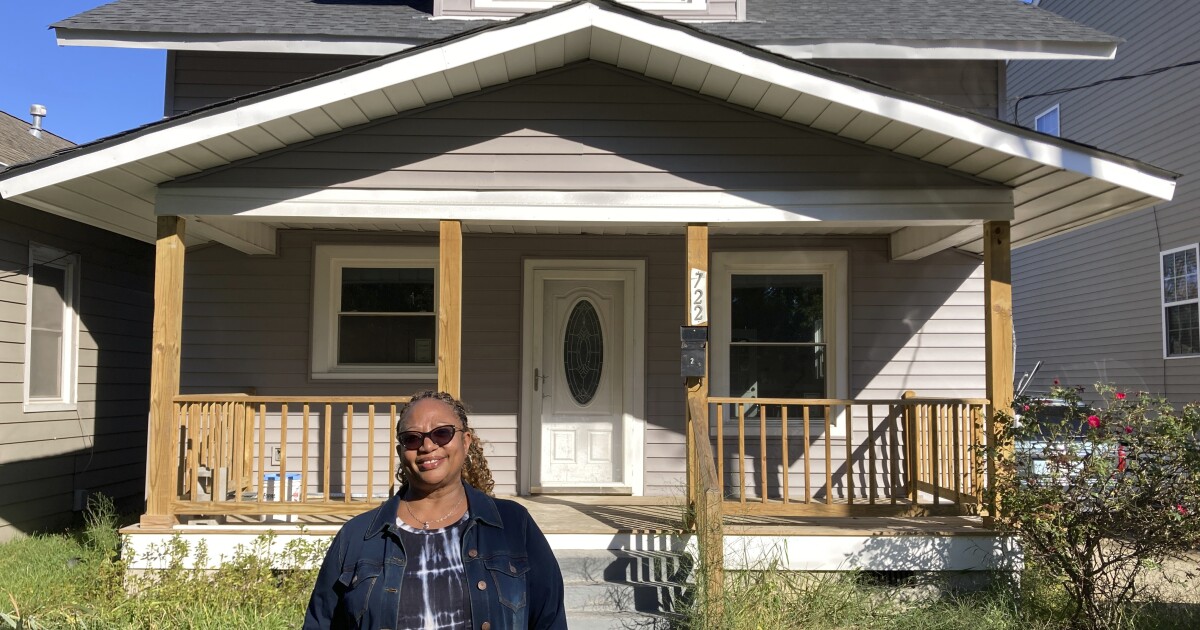 It’s a rushed approach that’s likely to happen in Southwest Florida in the aftermath of Hurricane Ian. But conservators Paige Pollard and Kerry Shackelford say they know something science has yet to prove: Historic building materials can often withstand repeated soaking. It is often not necessary, they say, to install modern products such as boxed lumber, which are both costly for homeowners and dilute the historic character of a home.

“Our ancestors chose materials that were naturally rot-resistant, like locust, red cedar and cypress,” said Shackelford, owner of a historic restoration business. “And they survive better than most products we use today.”

Pollard and Shackelford are part of an emerging movement in the United States that aims to prove the resilience of older homes as more fall under threat from rising seas and intensifying storms due to climate change. They hope their research near the Virginia coast can convince more government officials and building contractors that historic building materials often need to be cleaned up — not replaced — after a flood.

In Florida, historic conservators are already concerned that older homes damaged by Ian will be stripped of their original materials because so few craftsmen are available to properly carry out repairs.

“Some businesses are just passing through, and their job is just to come and empty the place and move on,” said Jenny Wolfe, board chair of the Florida Trust for Historic Preservation.

Pollard and Shackelford’s joint venture in Virginia, renovation design firm Building Resilient Solutions, opened a lab this year in which planks of ancient pine, oak and cedar are submerged in a tank that mimics flood conditions. The tests are designed to demonstrate the durability of historic materials and were designed with the help of Virginia Tech researchers.

Meanwhile, the National Park Service worked with the US Army Corps of Engineers on similar research at the Construction Engineering Research Laboratory in Champaign, Illinois.

Researchers read building manuals from the mid-19th and early 20th centuries to put together everything from tongue-and-groove floors to plaster-covered brick walls. The materials were submerged in water containing bacteria and mold to simulate contaminated flood waters.

The research may seem blatantly redundant given all the older homes that stand intact along the country’s coasts and rivers: many have withstood multiple floods and still have their original floors and walls.

Pollard and Shackelford claim that the wood in old homes is resilient because it comes from trees that have grown slowly over decades or even centuries. This means that the tree rings were small and dense, making it more difficult for water to seep through. Also, the wood was cut from the innermost part of the trunk, which produces the hardest wood.

Plaster can also be water resistant, while common plaster plasters were made from lime, a substance with antiseptic qualities.

But here’s the thing: US flood insurance regulations often require structures in flood-prone areas to be repaired with products rated as flood resistant. And many historic building materials have not been classified because they have not been tested.

US regulations allow exceptions for homes listed on the National Register of Historic Places as well as some state and local registries. But not everyone understands or is aware of the exceptions, which can be limited.

The far bigger challenge is the lack of expertise among entrepreneurs and local officials, Pollard said. Interpretations of regulations can vary, especially in the chaos after a major flood.

“You have a distressed owner,” said Pollard, co-owner of a historic preservation company. “They are dealing with an entrepreneur who is pulled in a million directions. And contractors are trained to put all that (wet) material in a dumpster as quickly as possible. »

Built in the 1920s, the two-story Speights Craftsman is in Chesterfield Heights, a predominantly black neighborhood listed on the National Register of Historic Places. It sits along a Chesapeake Bay estuary in one of the cities most vulnerable to sea level rise.

“I still believe I had a good contractor, but flooding wasn’t his expertise,” Speights said. “You don’t know what you don’t know.”

Along Florida’s Gulf Coast there are thousands of historic structures, said Florida Trust’s Wolfe. Many of these are timber frame houses on stilts with plaster and lath walls.

Many probably just need drying off after Ian, Wolfe said. But only a number of local contractors know what to do “to slowly dry them and open the baseboards to get circular airflow.”

Andy Apter, president-elect of the National Association of the Remodeling Industry, agreed that many contractors are unfamiliar with older building materials.

But interest in the resiliency of older homes has grown since Hurricane Katrina, which inundated hundreds of thousands of historic structures along the Gulf Coast in 2005, according to National Park Service chief of staff Jenifer Eggleston. for cultural resources, partnerships and science.

Eggleston said the park service has recognized the growing need to protect older structures and last year released new guidelines for the rehabilitation of historic buildings in flood-prone areas.

The guidelines recommend keeping historic materials in place where possible. But they don’t list specific materials due to lack of research on their flood resistance.

This is where studies come in.

A recent study by the Parks Service and the Army Corps found that some historic materials, such as ancient pine and cypress floors, performed considerably better than some modern wood varieties, Eggleston said.

These particular floor assemblies could be dried out for reuse after so-called “clean water” damage, Eggleston said. But they would probably require a finish to eliminate “biological activity”, such as mold and bacteria.

Pollard and Shackelford said they hope for an eventual change in practices that will save money for homeowners as well as taxpayers, who often foot the bill after a major disaster.

In the meantime, flooding in historic areas will only get worse due to more frequent rainstorms or more powerful hurricanes, said Chad Berginnis, executive director of the Association of State Floodplain Managers.