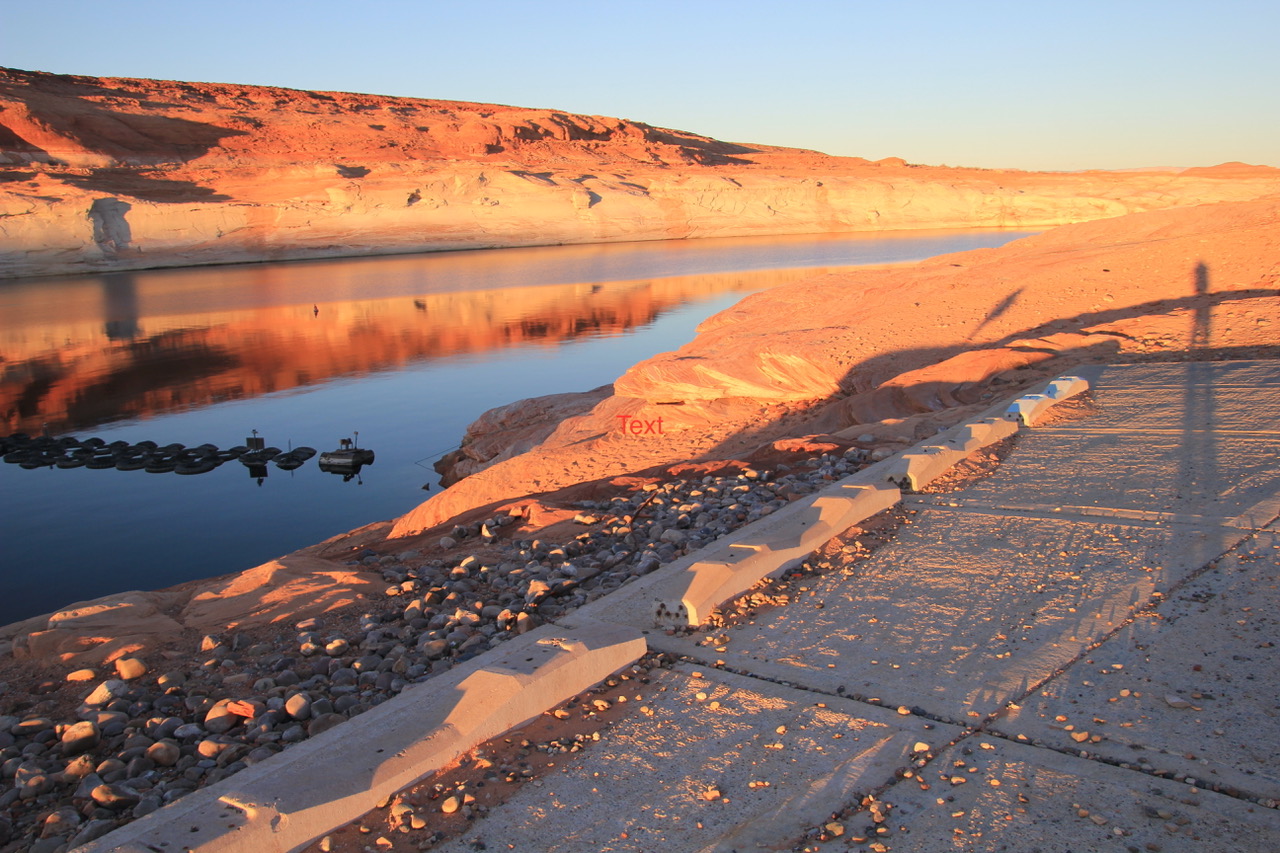 The perplexity of an unnecessary boat launch at Lake Powell

A version of this story originally appeared in Big Pivots.

As the sun crept behind the canyon wall earlier this month, I lingered at the bottom of a concrete boat launch just outside of Page, Arizona. I was there to study the endangered Lake Powell.

We expect the sun to go down. This is not the case with the giant reservoirs in the Colorado River basin. We are puzzled.

Earlier in the afternoon, I had walked along and over the Glen Canyon Dam. The dam was completed in 1963, its primary function being to store water for Colorado and the other three states of the upper Colorado River basin. It took 20 years to fill up and stayed full, more or less, throughout the 20th century.

RECEIVE MORNING TICKETS IN YOUR INBOX

One year, 1983, it was too full. The winter had been snowy, but not incredibly. Then came March – and April, May and even early June, the sun was scarce and the snow relentless. The ski areas that had closed have reopened.

The Bureau of Reclamation, which operates the dam, was taken by surprise. He should have released more water from Powell to hurtle down the Grand Canyon and into Lake Mead, the reservoir created by Hoover Dam just outside of Las Vegas. As the Colorado snowmelt swept over Utah, disaster loomed. Plywood boards were erected along the edge of the Glen Canyon Dam to hold back the water. The dam barely survived.

Then came the twenty-first century. The winter and spring of 2002 were sobering, with the Colorado River carrying less than a quarter of what was assumed to be average when these and other 20th century dams were built and the pacts and other legal architectures that the underlying were concluded.

The other years since 2002 have been better, but the trendline is clear and troubling. Some call it a long term drought, but the word implies a temporary condition. Others, with compelling scientific studies to cite, see a climate changing rapidly due to human-made air pollution. Aridification, they say, describes what we have seen – and there is no end in sight.

This ongoing change was illustrated in 2020. Winter snows were productive in Aspen, Vail and Steamboat Springs, average or above, but the flow in Powell was worse than disappointing, about 25% of average. You don’t fill the tanks when most of the slush disappears into the warming air or the drying ground.

You don’t fill the tanks when most of the slush disappears into the warming air or the drying ground.

Reservoir levels fell, then fell further. Mead, the reservoir outside of Las Vegas and the largest in the Colorado River Basin, was 36% full when I visited last week. The Powell I saw a day later was 28% full.

The boat launch along the shores of Lake Powell told the story of the decline much better than the semi-extraction of water levels at the Glen Canyon Dam. We had passed the marina, with the barges in storage, then descended the sloping concrete ramp towards the reservoir below. The ramp was about a football field long and sloped at the corner of a beginner’s ski slope. At the back were barriers, then rough terrain. Far below was the water.

Days earlier, water officials from the seven basin states gathered in Las Vegas for the annual Colorado River Water Users Association. They numbered roughly 40 million people, most of whom live in cities outside the Basin, including Denver, Los Angeles and Albuquerque. Also represented were farmers from both sides of the Continental Divide in Colorado, but also from the Mojave Desert in Arizona and California. These deliver 80% of the country’s vegetables during the winter.

Water leaders recognize the need for change. Much has happened already. Enough? Those who have called for fast-track action have been right so far, and in the conference halls of Las Vegas last week, I saw their heads shake. The pace has picked up, they said, but not enough.

Still, there was a remarkable change from the last in-person conference in 2019. At that conference, Trump administration officials spent an hour on the dais congratulating each other on a milestone. minor achievements. Adoption of an emergency plan in the event of a drought.

This year, Tanya Trujillo, Assistant Secretary for Water and Science at the Home Office, stressed the need to focus on short-term emergency responses to the decline of Lake Powell. â€œWe also need to be very realistic about the challenge of finding long-term solutions in the basin,â€ she said.

Over the past two years, the surface elevation of Lake Powell has decreased by 60 feet. Glass half full or half empty? At this point it is much closer to a void. Then again, it may snow until June of next year.

How to choose the right flooring company