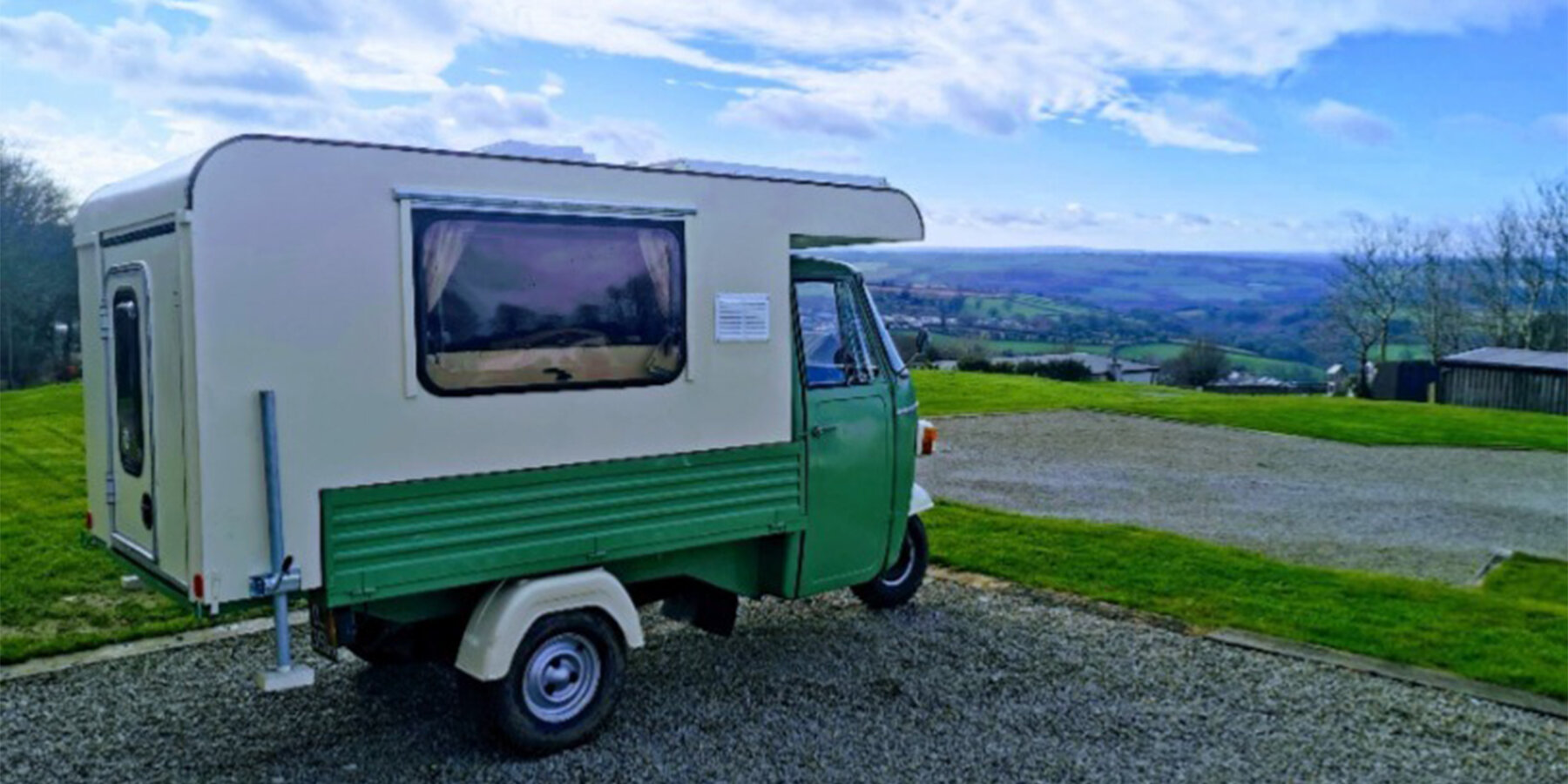 Steve Dawe may have built the world’s smallest motorhome

Having already built a teardrop trailer, vehicle enthusiast Steve Dawe decided to create his own little caravan, perhaps one of the smallest. He opted for a Piaggio Ape MP600, restoring its scooter base, flatbed trike and engine before fitting it with a bespoke, removable pod that turns the trike into a tiny but practical motorhome.

“graphics so everyone knows it’s really a motorhome,” says Dawe

As the set was sent to the sandblast, Dawe (see more here) got to work on a disused sofa, upholstering it in olive green – hence the name of the motorhome: “Olive, The Micro Camper”. He also added casters on the sofa legs to move it in and out when needed. The subframe was painted in Hammerite Black, while the panels were covered in Rustoleum Green. When all the panels were dry, Dawe reassembled the parts before proceeding with the fenders and finer detailing. The interior of the track was painted in the same green color to give it a new look.

furnish the tricycle with a fully equipped wooden camper basket

The camper pod, on the other hand, is made of plywood of different thicknesses. Dawe used a 12.5mm ply to cover the side with the window cut out, 9mm for the windowless side and 6mm for the roof to keep it as light as possible. All of the woodwork was then painted in two-component epoxy and sanded for a coat of cream paint to match the fenders.

In terms of layout, a storage space has been placed above the cabin, while a tailgate and a door have been installed at the rear. The latest Piaggio Ape Camper has its own self-contained 12V electrical system, powered by a 170W solar panel, controller and 110Ah battery. The pod space includes a double bed, hot and cold running water, a three-burner hob, oven, mood lighting, spotlights for the kitchen area, TV, radio and of course , the 4-seater sofa. In good weather, the tailgate can open, allowing the kitchen to be put on its feet and taken outside where Dawe can cook. 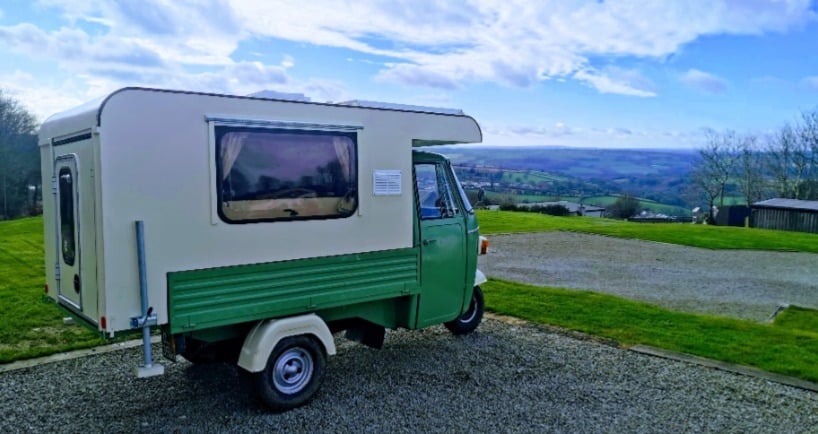 the motorhome is equipped with a 12 V autonomous electrical system, powered by a 170 W solar panel, a controller and a 110 Ah battery. 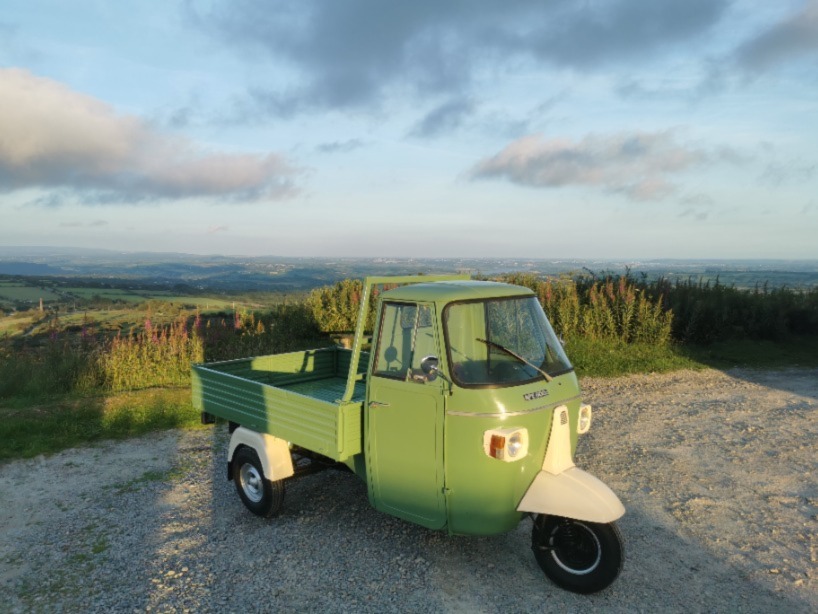 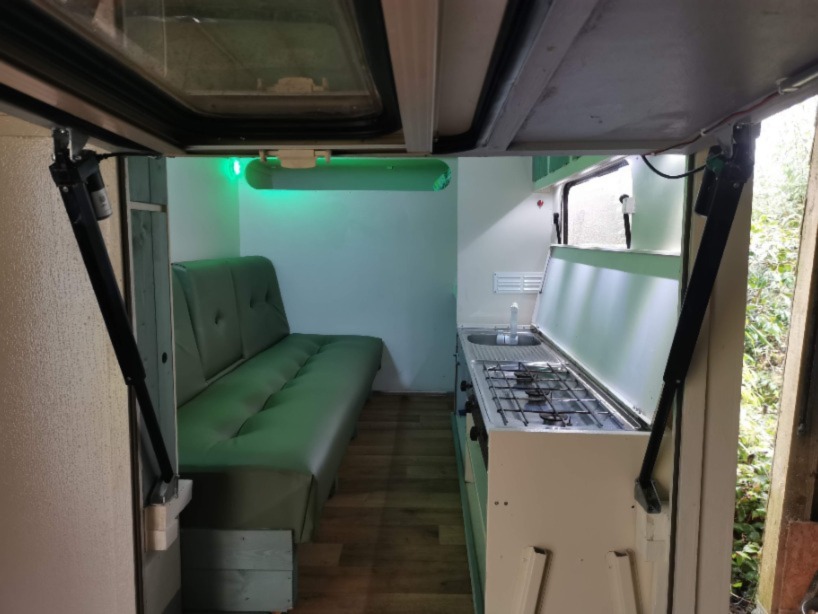 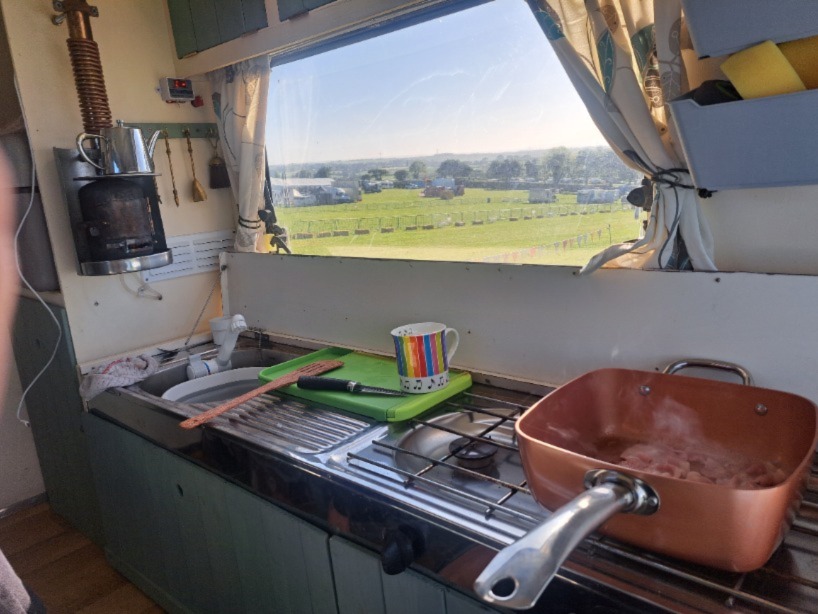 kitchen area with a small coal burner/water heater on the wall, to the left 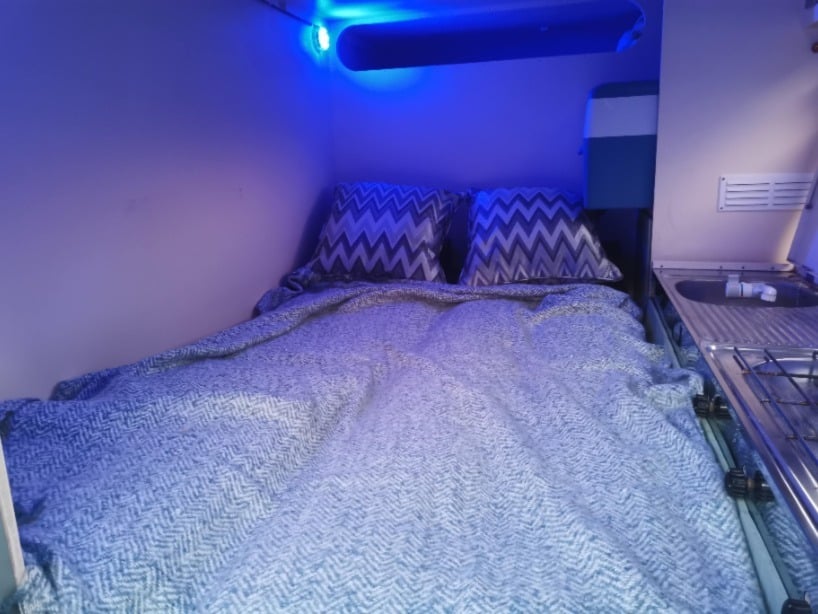 double bed with the fridge on the right at the top

designboom received this project from our DIY Submissions feature, where we invite our readers to submit their own work for publication. see more project submissions from our readers here.