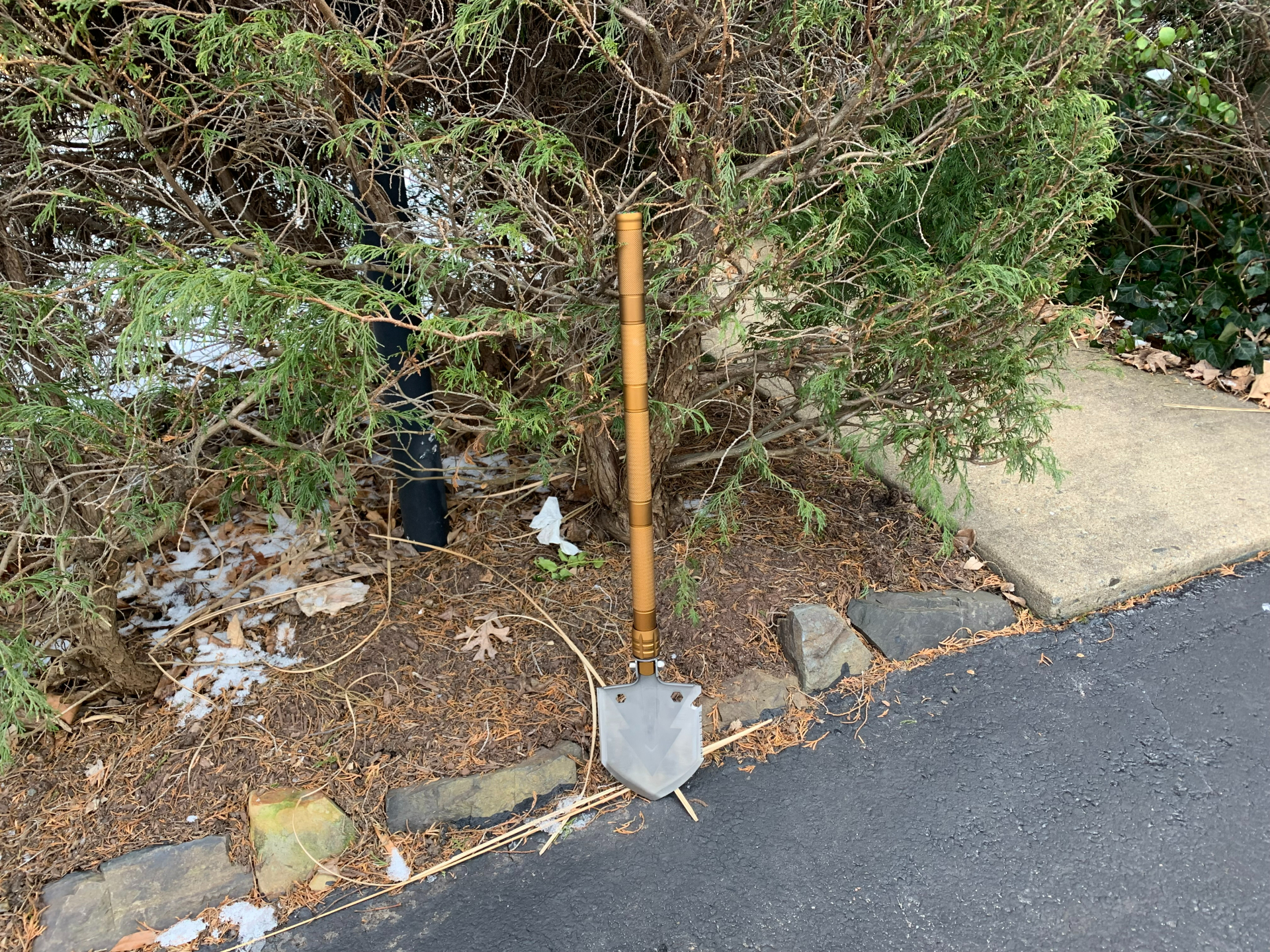 Review: NDUR Survival Shovel | An official journal of the NRA

OK OK. I’ll admit it right away: I might be a little biased when it comes to the NDUR Survival Shovel. You see, I’m a kid of the 80s, with all the overblown silliness that comes with the decade that brought us the Rubik’s Cube, “Red Dawn”, the Delorean and the invasion of Grenada. I was a teenager back in the days of the Arnold Schwarzenegger/Sylvester Stallone/Chuck Norris action movie extravaganza, where we had cinematic dialogue like “I don’t have time to bleed” and “The crime is the disease, I am the cure”. ” Ah yes. Everything a growing boy needs.

One of the staples, between the Ruger AC556 and the MAC-10, was the survival knife. Whether carried by the iconic muscle-bulging hero or the hero’s nemesis, you can count on at least a bowie-length knife with a serrated edge, hollow handle for supplies and a compass in the pommel. If you were a teenager and had $10, there were plenty of near-metal versions sold at trinket stores and gas stations that you could pick up to almost scare yourself. So I guess the short version of this is that when I saw the survival shovel I paid attention.

The tactical shovel is an offshoot of the tactical knife, with variants sold as Spetsnaz, Special Forces and/or Commando (Kommando) variants. All had a sharp edge – some were advertised as “throwing shovels”. Kids, do NOT try this at home. Speaking of someone who’s dulled more than my share of knives trying to get them to stick in anything when thrown the last thing you want is a shovel bouncing off an old sheet of chipboard and bouncing at your feet. But, again, I digress.

However, shovels are actually useful tools. Growing up in the Arctic Circle (New England), we often had to deal with snow and ice from, well, Halloween to Easter, or so. Keeping a shovel in your trunk came with the territory – you might need it for digging yourself out of a snowdrift, spreading sand around for traction or digging the jack under your car when you mindlessly change a tire in the mud. I’ve had some sort of shovel in my vehicle since I’ve been driving, and the last two cars have had a generic entrenching tool in its OD green pouch tucked into the corner.

I also had a multi-tool, as well as rescue knives, which resided in various nooks and crannies of my vehicles. It’s always good to be prepared, and while you may never need a window breaker, if you ever do, you need one for a reason. When I saw that the NDUR survival shovel had various tools contained in the different sections, I was particularly intrigued.

Now NDUR lists 16 tools, which is technically correct, although I bet there’s little call for a harpoon these days. There are four aluminum handle sections, each with its own hidden tool(s). For starters, there’s the obligatory compass in the stock, uh, grip, which also houses the magnesium stick for ignition chores. In this same section is a Phillips/flathead screwdriver (reversible bit like in many cordless drills). It’s four tools.

Continuing to the second section, there is the window breaker. The third section houses the harpoon, saw, knife and bottle opener, for five other tools. The fourth section is the shovel itself, which can also function as a hoe (2 tools). On the face are hexagonal tools, a strap cutter, a ruler and a serrated blade and a straight blade (five tools). Now, yes, the chances of you needing to measure something in an emergency are slim, but why not use the space?

Again, remember that the primary intention of multi-tool is not to be the best [ANY TOOL] possible. Is the NDUR survival shovel the best shovel on the market? I don’t think even the company itself claims that. Rather, it’s the best shovel you can have on you or with your gear at all times. It fits under a car seat, in one of the many small trunk compartments or even in a door pocket or seat back pocket. It even comes in a nylon pouch with both a belt loop and a carry strap, should you wish to take it with you.

Fully assembled, however, it’s sturdier than the entrenchment tool I’ve had in my tailgate’s spare tire well for years. Although I don’t want to dig a latrine with this shovel, it would work great for shoveling sand on a patch of ice for traction, or for cutting through ice buildup on the side of the road for parking. In the nylon sleeve, all components have their own section and take up no more space than a hardcover book. It’s ideal for the trunk of your car, your bug out bag, or your camping gear.

Really, though, can you dig? (Yes, I technically know it’s a late ’70s reference, but hey, that’s a pun in spades!) MSRP is $74.99; visit ndurusa.com to see other NDUR products or to order your own survival shovel…