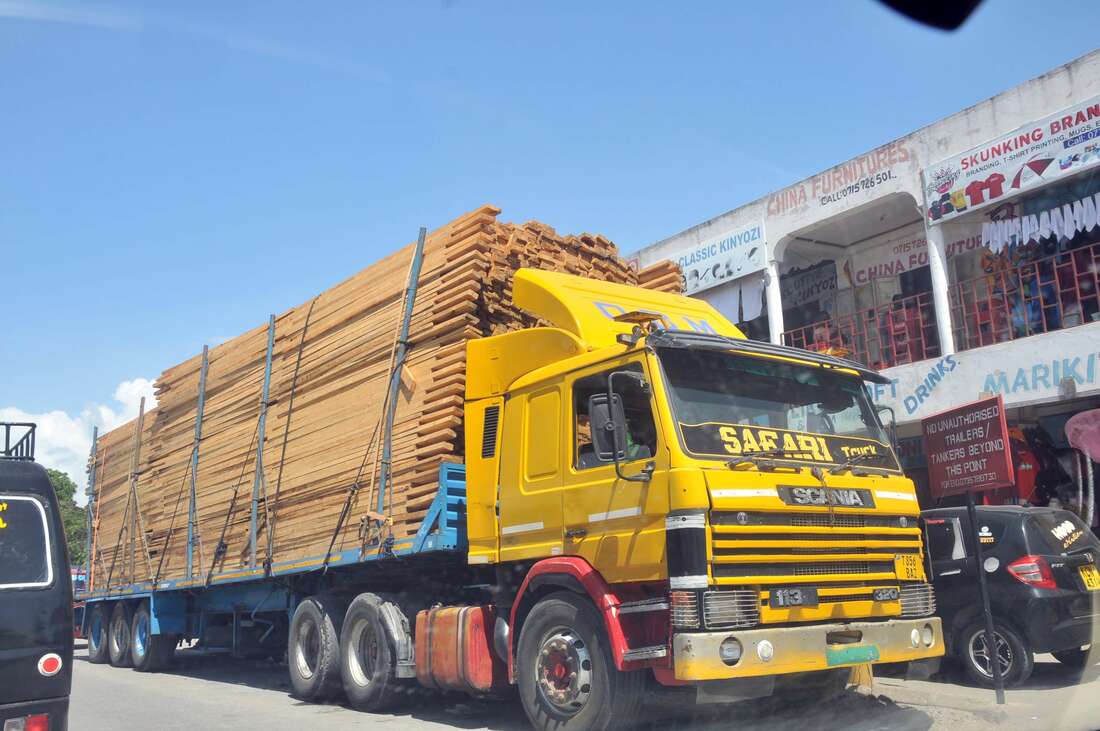 Kenya and Uganda have lodged complaints with the East African Business Council (EABC), the regional lobby, over the law which increased import duties on goods from non-member countries. the EAC at 35%. They say some commodities outside of the band were also affected.

The bloc’s trade and finance ministers in May adopted 35% as the maximum rate for products classified in Band 4 of the EAC Common External Tariff.

The CET, one of the main instruments of the customs union, aims to promote regional integration through uniform treatment of goods imported from third parties. It also aims to protect local manufacturers against competition from similar products imported from outside the region.

According to experts, a 35% tariff on imported finished products could boost intra-EAC trade by $18.9 million. In addition, industrial production in the region will increase by 0.04% to $12.1 million and tax revenue by 5.5%.

It also has the potential to create an additional 6,781 jobs.

The new band went into effect on July 1, but consumers don’t seem to have been prepared for the price increase. The band includes dairy and meat products, cotton and textiles, iron and steel, edible oils, soaps, and beverages and spirits imported from outside the EAC.

But Kenya and Uganda now say the new tax has driven up the cost of importing, spilling over to commodities.

The EABC last week received letters from organizations raising concerns about the implementation of the Common External Tariff.

Kenya has been importing timber from EAC partner states, including the Democratic Republic of Congo, after the government banned logging. Now, with the new CET strip, imported wood fetches the same price as finished furniture already on the market.

“Due to these political decisions, and alongside recent increases in fuel-related logistics and a rapidly depreciating local currency, our prices will change effective Friday, July 8, 2022. A revised price list will be published and distributed in consequence,” the company said to its customers in a notice.

Raw materials such as particle board, plywood and blockboard are now subject to a 35% import duty, down from 25% previously.

“The price differential that existed to encourage value addition of raw materials has been removed,” said Amit Maru, the company’s chief operating officer.

“We would like to draw your attention to the fact that our prices must be increased with immediate effect due to the increase in import duties on raw materials. The duty on raw materials is now the same as the rate which applies to a finished piece of furniture. The calculation of the tariff also allows the application of a rate per metric ton or cubic meter, which may amount to an amount of tax to be paid which may exceed the calculation of the value by 35%”, he added.

East Africa learned that Uganda is also facing difficulties in exporting surplus industrial sugar to the region, while Rwanda and Burundi are facing a shortage.

But even if Rwanda and Burundi were to import industrial sugar from Uganda, they would not meet their demand as they are net importers. The problem comes from differentiating the sugar from the region and that from outside.

Lily: Why alcohol and meat will cost more in EAC states

“Both countries will have to maintain their suspension of application for sugar imports,” Kalisa said.

However, he noted that there was no need to be alarmed “because it is still too early to tell the full impact of the new import taxes”.

“The problem is not the current TEC; the problem is the classification and other new rates that are emerging that need clarity as it could all be wrongly attributed to the CET. The TEC is very clear: there is no point in raising the prices of goods available in the region,” Kalisa said.

The 35% CET targets goods available in the region and produced in substantial volumes, including cereals, potatoes, vegetables, corn and beans.

While the maximum tariff band at 35% was the most appropriate rate, it was noted that in its application, a loss of welfare would be expected but would be corrected through the jobs generated by the shift to local production.

However, the rising cost of living due to world events such as the Russian invasion of Ukraine, rising crude prices, Covid-19, inflation and shortage of dollars have complicated the implementation work of the TEC.

The EAC states domesticated the new fiscal measures in the Finance Act 2022, which became operational on July 1.

The Kenya Manufacturers Association (KAM) cited the law as one of the main causes of the high cost of living.

Regional tax variance could be the new stumbling block to lowering the cost of food.

Last week, Kenya removed import levies on maize. The move, intended to improve supply to millers and in turn reduce the cost of maize flour, may however have little impact, as the variance in commodity taxes levied by EAC states and new import taxes combine to further increase the cost of food. .

In the past, Nairobi has gone so far as to import maize from Mexico to meet shortages.

Shipments from countries that are not members of the EAC or the Common Market for Eastern and Southern Africa (COMESA) are generally subject to a 50% tariff. But Kenya has waived import duties on non-GM white maize up to 540,000 tonnes until the end of September as millers face a severe grain shortage, but no vessels carrying maize are expected soon dock at the port of Mombasa.

A Kenya Ports Authority ship schedule seen by The EastAfrican shows that no ship carrying maize is expected to dock at the port until July 14.

The schedule indicates that Mombasa will mainly handle conventional cargo from July 4, with 16 vessels expected to call at the port. Five are tankers.

The large millers had to stagger their operations while the small ones shut down completely.

Today, Nairobi is begging Zambia, Tanzania and Uganda to stop exporting maize to other countries at its expense.

Agriculture Cabinet Secretary Peter Munya said the country had started talks with the three countries to guarantee Kenya a share of maize exports to fill the supply gap.

“We are now discussing with these countries to set aside stocks of maize which will be purchased by our traders to increase local supply,” Munya said.

Zambia has started harvesting its main crop while Tanzania and Uganda have surpluses which Kenya is looking to import.

Kipngetich Mutai, chairman of the Grain Belt Millers Association (GBMA), a lobby, said Kenya’s decision to suspend charges on imported maize would not result in lower prices as there are bottlenecks in the importation of the product, such as increasing the cost of export permitting from the main source of the market, Tanzania.

Last week, during a webinar on national tax regimes and proposed measures for the 2022/23 budgets of partner states, the EABC also called for the harmonization of taxes in the region to improve intra-EAC trade. .

The lobby’s CEO said the EAC treaty obliges partner states “to harmonize their fiscal policies to eliminate distortions and allow for a more efficient allocation of resources within the bloc”.

With the harmonization of the CET, all member states are supposed to levy 35% on goods produced outside the region that can be produced locally. This means that countries that had a lower tariff had to raise it, adding to the higher price of goods such as fuel, which directly affects the cost of food as transporters pay more to transport products such as corn.

Kenya has traditionally restricted purchases to protect local maize farmers, but at the expense of consumers who are forced to pay a higher cost for the grain.

Kenya relies mainly on maize stocks from Tanzania to meet the growing demand for flour after the supply in the local market has dwindled. Most Ugandan stocks are sold to South Sudan due to higher prices there.

In July and early August, farmers in western Kenya are expected to harvest their annual maize crop, but this can only support the region.

Narok in the South Rift will have corn in September before the big harvest in the North Rift in mid-October. Until then, Kenya will be dependent on imports and, on the face of it, imports from neighbors could be impacted by taxes.

Maize production in the country is estimated at 3.2 million tons per year against a demand of 3.8 million tons, the deficit being covered by imports from the region.