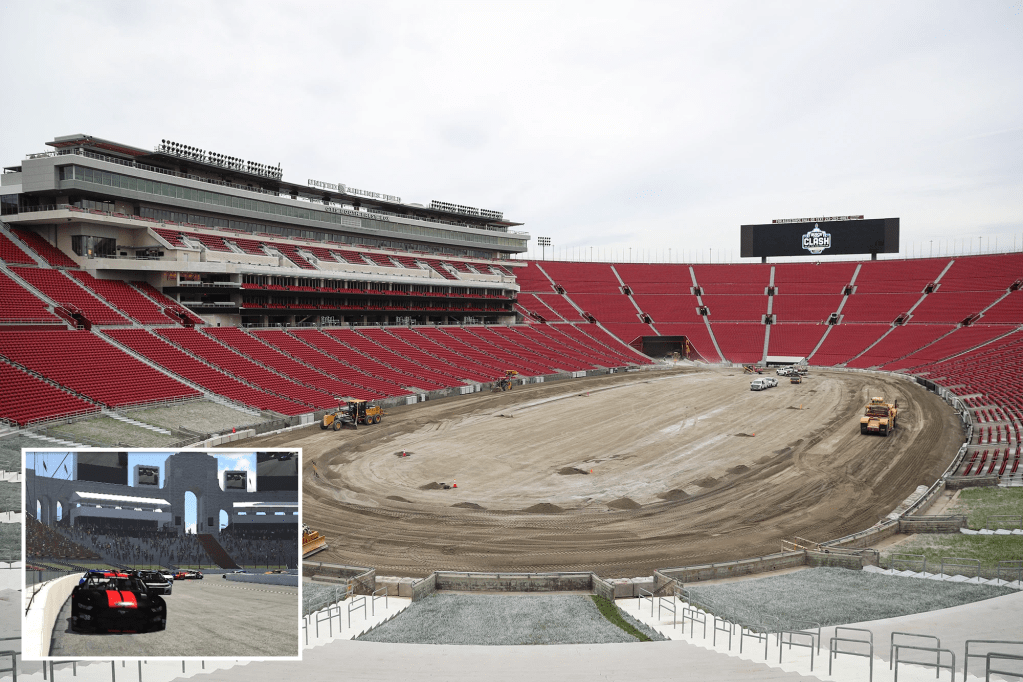 Is it difficult to build a temporary NASCAR track in a football stadium? Much the same as a permanent building.

New Valley Construction of Phoenix, Arizona, is paving the entire lot inside the LA Memorial Coliseum for the February NASCAR Busch Light Clash during the Coliseum’s season opener show run.

The quarter mile track will only be used for a weekend and then demolished to restore the facility to its original condition.

Steve Boscardin, the New Valley executive in charge of the project, told Fox News Autos he follows much the same procedure as if he was laying a long-term surface. The big difference is that it puts protective layers of plastic and plywood on the ground before laying a six inch earth base on top.

It took 500 trucks to do this, which Boscardin said was tricky due to the narrow tunnel available to cross. Another 70 semi-trailers had to deliver 1,560 tonnes of a special high-performance asphalt mix that requires special paving equipment.

Boscardin said it would be four inches thick, rather than the five inches they would use for a permanent installation. The company previously worked with NASCAR on projects at Homestead-Miami and Phoenix Raceway.

The track will only have two weeks to prepare and harden ahead of the Feb.6 weekend race, which is about half the normal time, but he doesn’t expect any issues.

Temporary barriers, such as those used on an urban circuit, will be installed to define the oval, which was designed using simulations carried out on the iRacing platform. A pit lane will not be necessary as the Clash will consist of several short heat races and a non-stop main race.

As soon as this is done, the team will begin tearing the surface and trucking in the asphalt and dirt, all of which will be reused for other projects.

The exact price has not been revealed, NASCAR vice president of marketing services Patrick Rogers told the Sports Business Journal.

NASCAR has yet to confirm if he will return in 2023, but Boscardin will be ready if he does and looks forward to this year’s event.