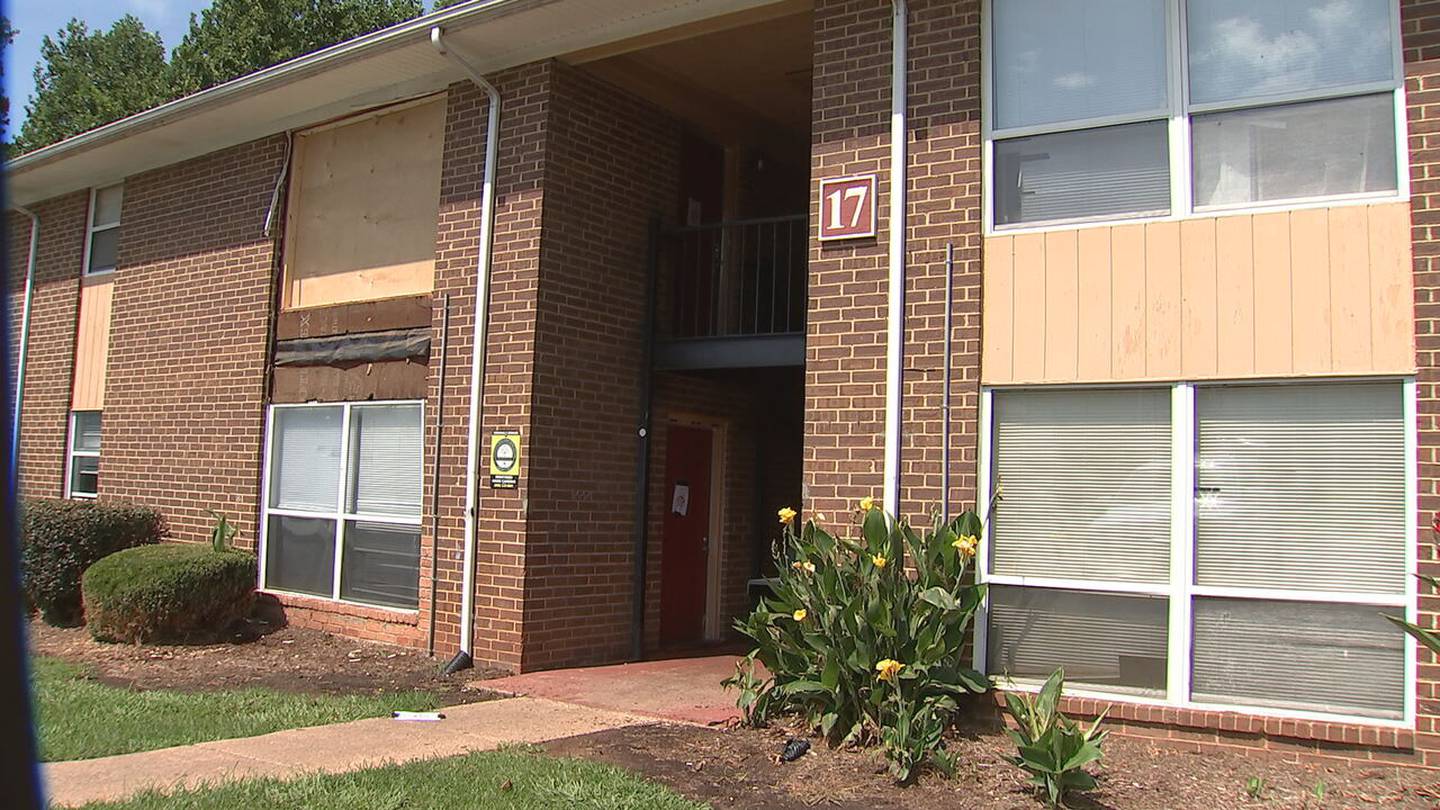 “Very hard on me and my kids. I have nowhere to go with my kids. It’s just hard here,” resident Kathy Spradling said.

Fortunately, no one was hurt, but several families said they had no place to live.

Residents said they noticed the smell weeks ago and let management know there might be a problem.

It was inside Spradling’s apartment that the explosion occurred. His window can now be seen covered in plywood.

“The fire alarm said fire, fire, fire. And before I could get my kids out, the gas went off. The glass shattered,” Spradling said.

Eight families lived in the Silver Springs Terrace Apartments building. After the explosion, the Red Cross helped with clothing and temporary accommodation, but hotel stays ended. The apartment complex’s management also placed “stop, do not enter” signs on all doors, while the gas was turned off.

“We were breathing in the smell of gas probably two weeks to a month. The gas had been turned off and shut off,” resident Alan Wright said.

“I have smelled gas for three months. Everyone in the building complained and nobody did anything about it,” said resident Ciera Geter.

Hickory – More than half a dozen families say they have no homes after firefighters said a gas leak caused an explosion at Silver Springs Terrace Apartments. Today’s story on channel 9 eyewitness news at 530. pic.twitter.com/ay4i2qlMiq

Channel 9 contacted Silver Springs Terrace management, but when asked about the smell complaints and what families should do now, they declined to comment.

Thirty minutes later, Channel 9 saw maintenance workers around the building and heard that some families were trying to relocate with the gas still off and no hot water.

“Just a lot of families, six families and 16 children who need a home. And what are we supposed to do,” Wright said.

Channel 9 has confirmed that one of the families has moved to another apartment in the complex.

Firefighters said their investigation into the exact cause of the explosion was still ongoing.

Check back to this story for updates.

(WATCH BELOW: Fire breaks out in an abandoned building next to the Gastonia Motel on I-85)