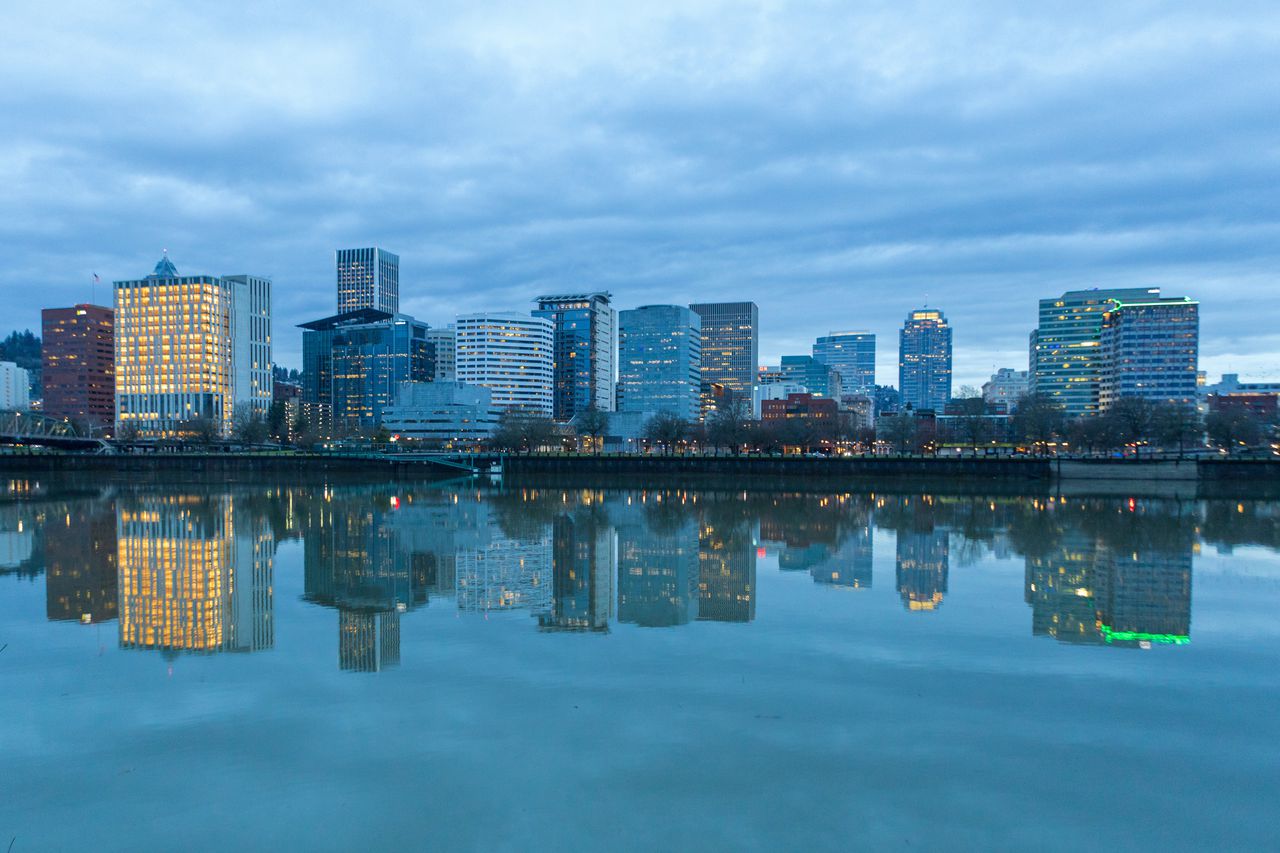 Downtown Portland is less than half as active as it was in 2019, according to a new study which uses cellphone data to measure people moving through urban centers.

The study finds activity has actually declined since last fall and Portland ranks near the bottom of 62 downtowns across the country. Only San Francisco and Cleveland have done worse.

“Downtown (Portland) has suffered a trauma that many other downtowns have shared. But this one was deeper and will take longer to recover,” said John Tapogna, policy adviser at Portland economic research firm ECONorthwest. He was not involved in the new report, but his findings mirror the results of a similar survey that Tapogna helped conduct last winter.

Researchers from the Institute of Governmental Studies at the University of California, Berkley conducted the latest study. It used GPS location data from 18 million smartphones to track how often they visited various locations in North America, then compared that activity to 2019.

Recent activity in downtown Portland is only 42% of what it was in 2019, according to the study. The biggest recoveries have been in modest-sized small towns, led by Salt Lake City, Bakersfield, Fresno and in Columbus, Ohio.

The study notes that every city center in North America has struggled during the pandemic as public health measures closed restaurants and theaters and people shifted to working remotely.

Even now, Tapogna noted, the Portland federal courthouse and its downtown Apple store have remained closed.

“It’s not just these two buildings,” he said. “But it sends a signal, it certainly sends a signal to anyone walking by that something is still wrong in this downtown area. You don’t have to look very far towards these doors to see lots of blocks, still with lots of plywood.

Protests have been infrequent for the past two years, but homelessness has overwhelmed the Old Town district and spread through the heart of the city. Portland’s continuing spike in homicides is particularly acute in and around downtown.

A poll last year by The Oregonian/OregonLive found that Portland residents were seen as unsafe and unwelcoming in the downtown area, but vitally important to the region’s future. City officials have promised a concerted effort to revive the heart of the city, ensuring public safety and scheduling festivals and outdoor events to bring people back.

The new study suggests that it didn’t work. Downtown Portland’s 42% recovery index is little changed since the spring of 2021 — and slightly below where the city was last fall.

Portland suffered damage to its unique reputation in 2020, but its slow comeback may also reflect characteristics it shares with other cities that have yet to recover.

“In general, places with a higher share of jobs in knowledge-based industries and occupations, and/or higher-paying workers, are more likely to shift to remote work,” the researchers found. study authors.

The academics also looked at how business is doing in cities, beyond their downtown areas, and Portland fared slightly better by that metric — ranking 44th out of 62 major metros. The city’s economy is generally strong, with rising incomes, unemployment near record lows, and soaring real estate prices.

Downtown Portland will likely be in flux for a long time to come, according to Tapogna, as the city adapts to remote working and works to address the issues plaguing the city core.

“There’s probably a general drift towards a mix of office and home working that will continue to evolve,” he said. “But it will take us five to ten years to get to the point where we have found a new balance for the city centre.

Our journalism needs your support. Please subscribe today to OregonLive.com/subscribe.